Do you want to know more about the Orion GoScope 80mm tabletop telescope?

If so read on. The Orion GoScope 80mm Tabletop Refractor telescope – a great refractor telescope for the amateur astronomer. It’s worth noting that Orion has been making telescopes now for many years and produced some of the best scopes on the market today.

One mistake that many novice astronomers make it’s that they buy a telescope from some high street gadget or electronics shop.

The packaging always looks the same, colorful images of Saturn, Jupiter and other planets, but unfortunately the telescope rarely lives up to the promises that it makes on the box – usually because of a mixture of cheap optics and poor design.

Not so with the Orion GoScope 80mm Tabletop Refractor Telescope

Orion 10013 GoScope 80mm TableTop Refractor Telescope (Burgundy)
CLICK OVER TO AMAZON TO READ THE GREAT REVIEWS THAT THIS LITTLE TELESCOPE GETS, OR JUST TO CHECK OUT THE GREAT PRICE
Check it out on Amazon

One thing that became very apparent while carrying out this Orion GoScope 80mm Tabletop refractor telescope review, is that this model is one of the more unique telescopes that we’ve seen because, for once, it doesn’t feature a tripod.

Instead, this GoScope is designed to be placed on a table when in use. This makes the Orion GoScope 80 an extremely portable telescope, which can be moved from room to room as and when you see fit, plus it’s also more than portable enough to be placed in a backpack and taken into the great outdoors.

And even though this telescope doesn’t come with one, it does have the ability to be fitted onto a tripod if you wish

This Orion telescope uses an AZ mount so you will be somewhat restricted in that it can only move along 4-axes (up, down, left, and right) This is less versatile than an EQ or Dobsonian mount for example.

That being said the alt-azimuth mount suits this particular 80mm refractor telescope design because it’s not designed for sophisticated star gazing if that makes any sense?

As you can see a tiny increase in aperture can give you an enormous increase in the clarity of the images, which is so important when you want to examine deep-sky objects like the Orion Nebula for example.

This telescope is also capable of giving you stunning views of the objects in our own solar system too – so be prepared for being able to see our own planets in more detail than you might expect from a telescope in this price range.

The 1.25-inch fitting on this telescope provides the docking for the 10mm and 20mm eyepieces supplied with this GoScope.

Using the 10mm eyepiece allows for a high-definition view of our closest solar body, the Moon, while swapping that out for the 20mm eyepiece the magnification power jumps up to 35x, which gives you a detailed view of the deep-sky objects outside our own planetary system.

Remember you can always add a Barlow lens to boost the power available with this scope.

As you would expect on any telescope from the  Orion brand, the GoScope comes with a finder scope in the form of the EZ Finder II. This finder scope has a red-dot sight which makes targeting stars, planets, or moons very easy – even for the absolute beginner.

At the time of writing, the Orion GoScope 80mm refractor telescope is priced at around £150, which means it offers fantastic value for money. It’s not the best telescope ever made but for less than £140 it’s definitely one of the best tabletop telescopes we’ve ever had a chance to review.

THIS WONDERFUL LITTLE TELESCOPE PACKS A BIG A LOT OF POWER INTO ITS SMALL SIZE. WITH ITS 80MM APERTURE REFRACTOR OPTIC SET UP AND ITS HANDY COMPACT PORTABLE TABLETOP BASE.

Take a look at some similar products

Still not sure? Then take a look at these similar products before you click that buy button:

One thing that became very apparent while doing this Orion GoScope 80mm Tabletop Refractor Telescope Review, is that this scope is an ideal entry-level telescope and is suitable for all ages.

Some people might not like the fact that it uses an alt-azimuth mount instead of an EQ one, but the reality is that an EQ mount is just too much work for people who don’t understand the benefits of using one.

Even if you have an existing telescope the Orion Tabletop telescope would be an ideal household/backup scope for those solar events you can’t get outside in time to checkout. 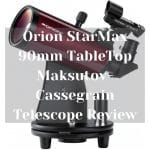 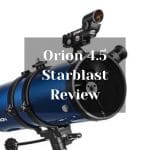 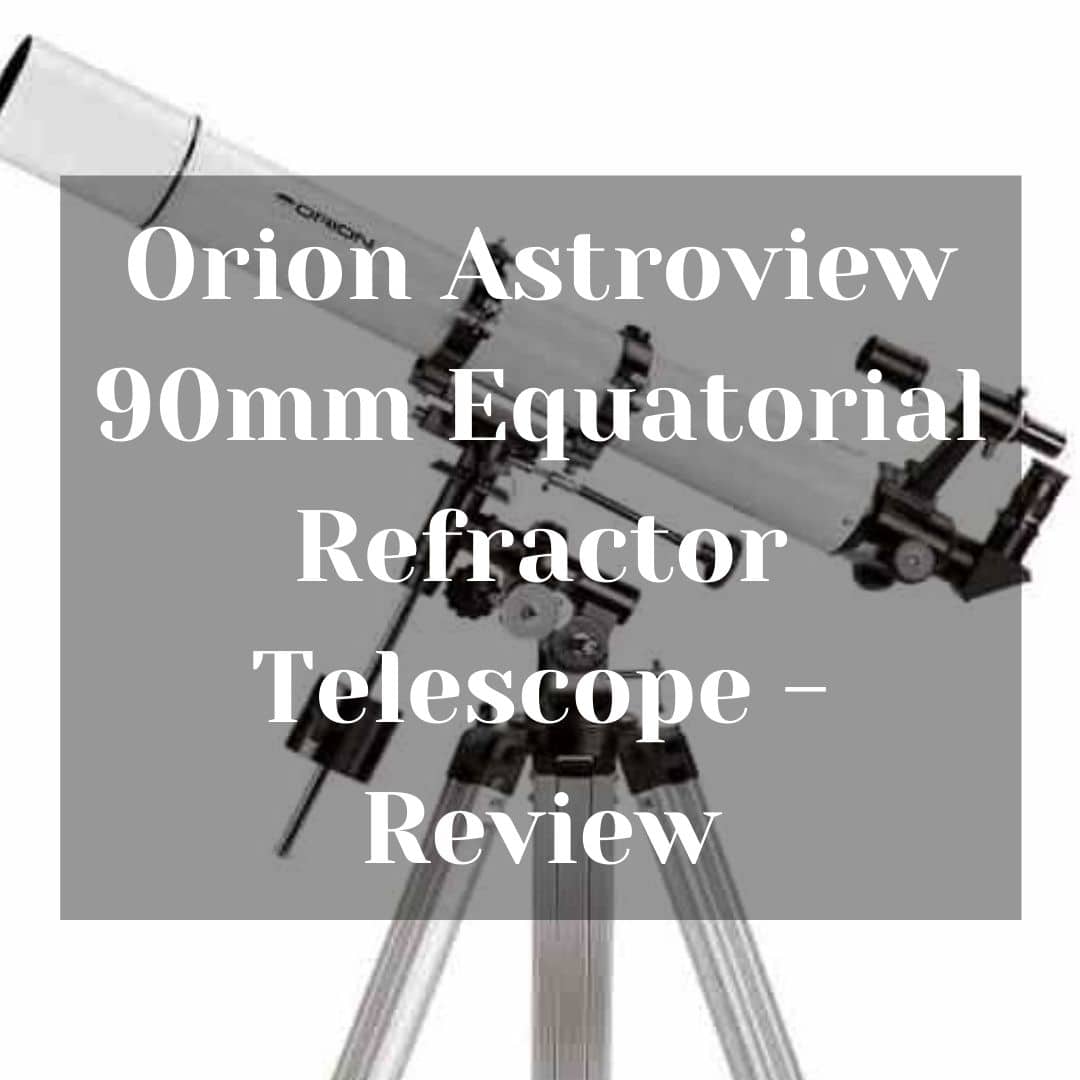 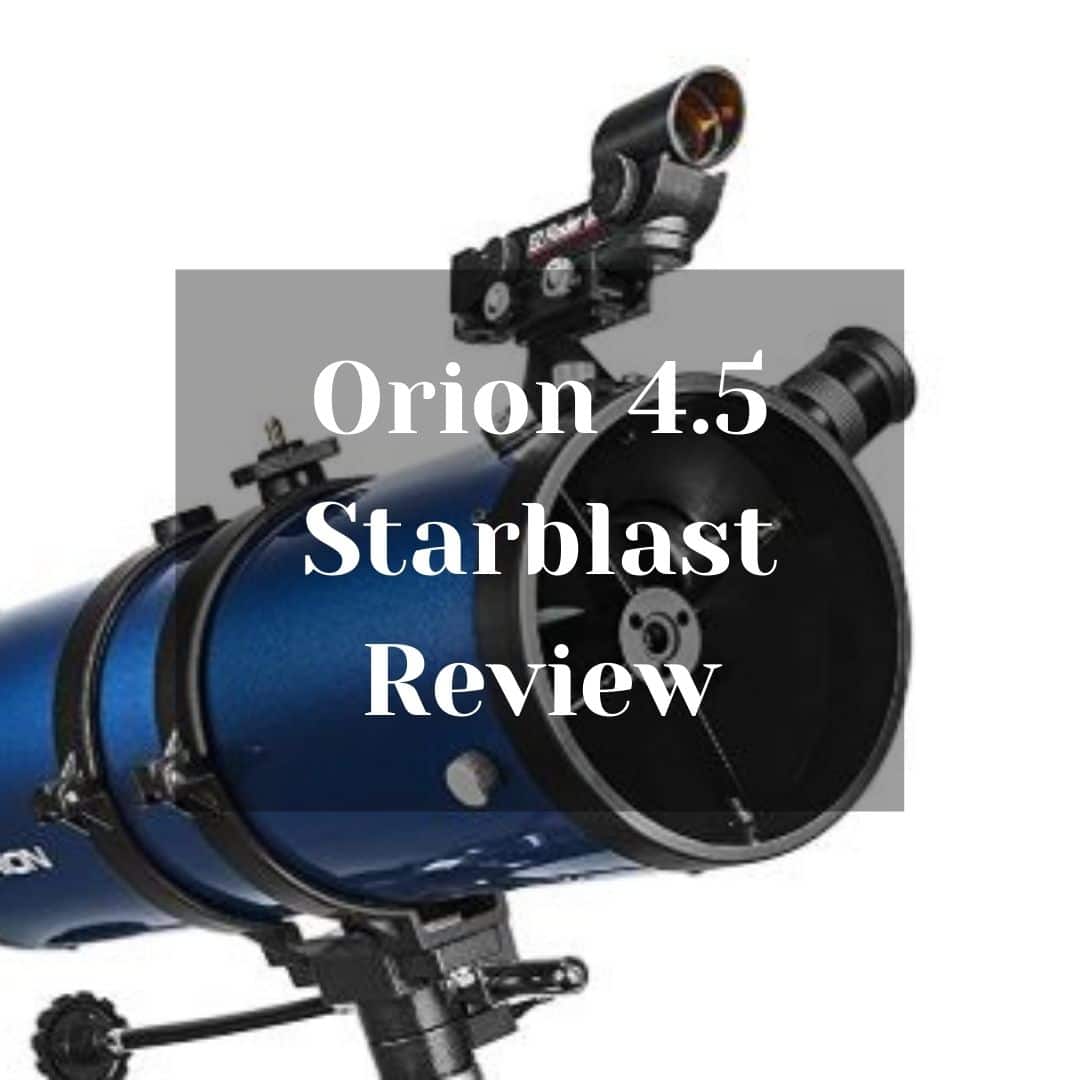 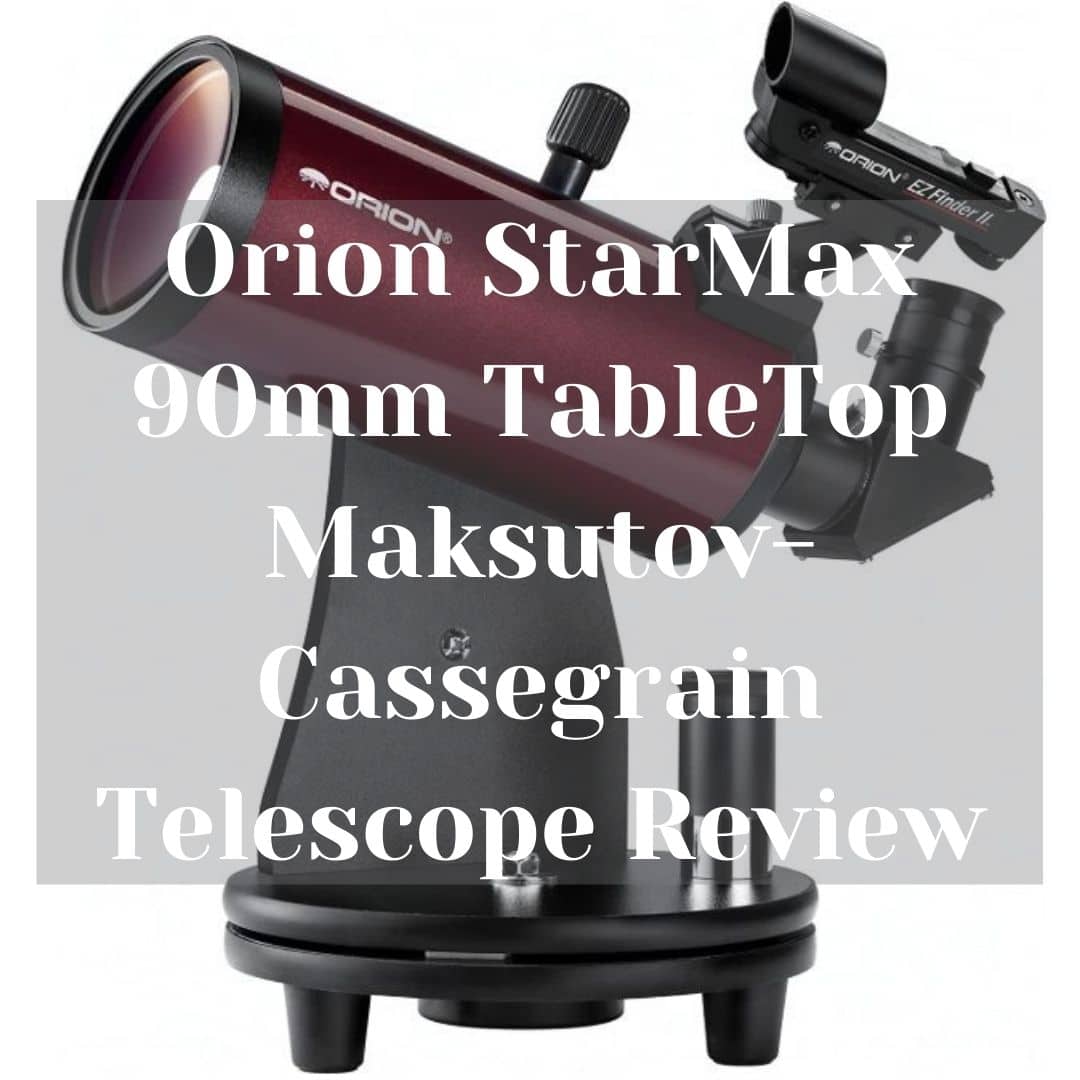 If you’re looking for a telescope that’s easy to use and transport, this is the one for you. The Orion StarMax 90mm TableTop Maksutov-Cassegrain Telescope is an excellent choice if…